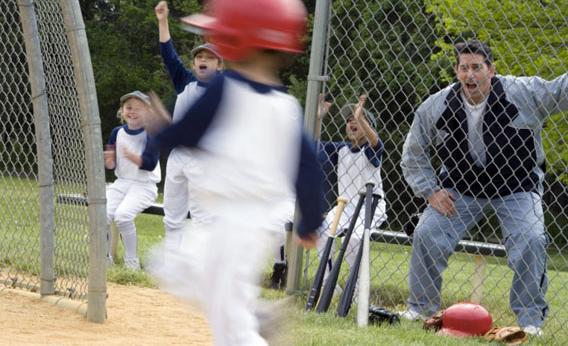 Kansas City, MO—Chuck Steeples was visibly upset after his son, Timothy, walked his 4th batter in a row during a midweek rec game in Kansas City, Missouri. After the third walk, Chuck very loudly said to his boy, who was picking up a throwback from the catcher, “Throw Strikes,” careful to enunciate ‘th—row’ as if the word had more than one syllable. But, Timmy threw four straight balls on the next batter and walked in the runner he faced four batters ago. That run hit the limit for the inning and at least paused Chuck’s misery.

“Maybe we need to get his hearing checked?” The dad asked, sincerely confused, as he sat back in his camping chair next to his wife.

Mom calmly said, as if she had been running this weekly therapy session as a licensed professional going on years, “Is it possible he’s trying to throw strikes?”

Chuck, either didn’t hear her or didn’t care. “I mean, he can’t be trying to throw strikes, right? The mound is like 45 feet away.” He then asked no one in particular, “16 balls in a row–was that 16 balls in an effing row?” It wasn’t. Three of those four walks were on full counts and the first out in the inning was a backward K. But no one around even attempted to remind Chuck.

Mom leaned back to talk to her friend on the team while dad continued to consider the hearing issues of his son. His late father had cholera when he was nine and ended up losing hearing in his right ear. But Timothy didn’t ever have cholera; at least, he didn’t think so. “Charice, Charice,” he said, leaning back to his wife and trying to get her attention, “Did Timothy ever have cholera?”

Charice gave a quick but very confused look to Chuck before turning her head back to her friend. Chuck spent the entire back half of the inning with his hands over his face.

Before Timothy got a chance to get back on the mound in the next inning, lightning struck within 5 miles, so the 7u game was postponed until a later date.